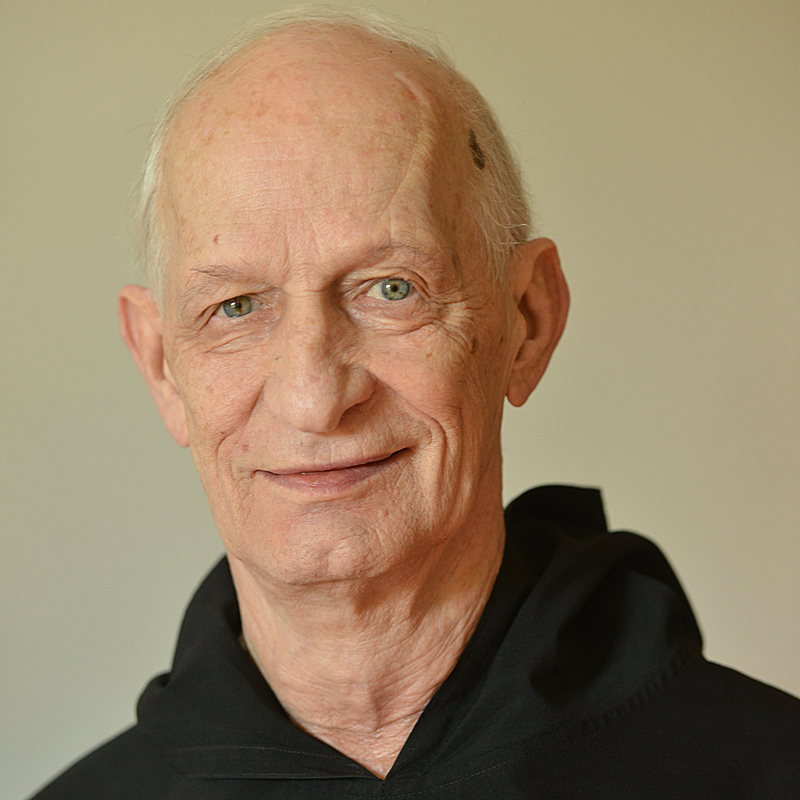 At 84 years of age, Brother Michael Callary has yet to hear the call to retirement.

A member of the Order of Friar Servants of Mary (Servites) in Chicago, Illinois, Brother Michael continues to work daily in his community’s provincial headquarters. A native of Chicago, Brother Michael resides in Our Lady of Sorrows Monastery, just across the street from where he lived as a child.  The monastery is adjacent to Our Lady of Sorrows Basilica, which the Servites founded as a parish in 1874 and where he and his family were parishioners.

Growing up, Brother Michael had many opportunities to interact with the Servites, including attending St. Philip High School, run by the community. He was attracted to the community’s charism and to the outgoing priests and brothers he met. “I always wanted to be a Servite as early as I can remember,” he says.

He entered the Servite community in 1953, made his first profession of vows three years later, and professed solemn vows in 1959. In 1960, he became the Sacristan at Our Lady of Sorrows Basilica, a monumental job. At that time, about 40 priests were living in the monastery, all of whom celebrated a daily, individual Mass. “After the Office was prayed in the morning, the priests would start celebrating their Masses, on the 10 side altars of the Basilica,” Brother Michael explains. “A high Mass for the parish was also celebrated daily, every 30 minutes, from 6:00 a.m. to 9:30 a.m. at the main altar. There was also a Mass in the community chapel for the brothers, and up to five altars might be in use in the lower church.”

In 1969, Brother Michael moved into educational ministry and spent more than 20 years serving in four Catholic high schools in Chicago. He did everything from bookkeeping and administrative work to teaching. “Being involved with teenagers keeps you young,” says Brother Michael. He still stays in touch with some of the students.

In 1992, Brother Michael became his community’s provincial secretary, a role he continues in today. A cancer survivor, he has no intention of slowing down any time soon. “I’m not retired, and I don’t intend to, as long as I’m healthy,” he concludes.