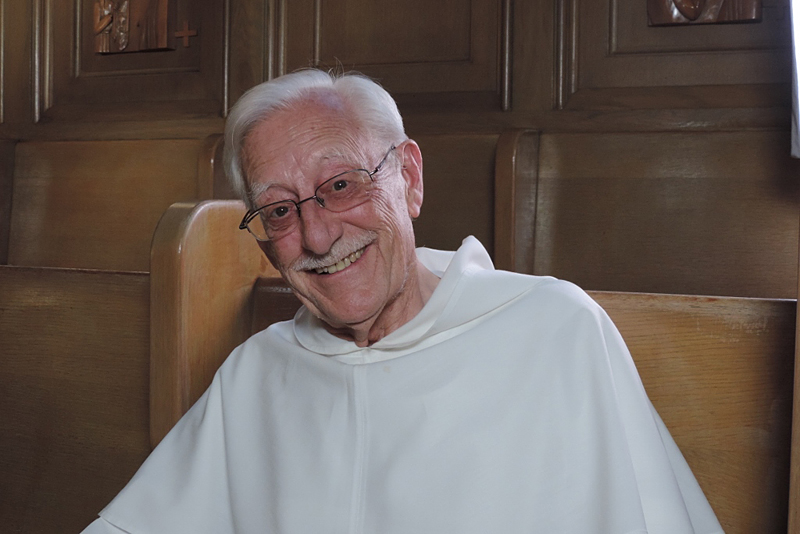 “For the first ten minutes of teaching, I was terrified. I thought this was God’s revenge,” said Dominican Father George Reynolds, laughing. “Then I loved it!”

Father George entered the Dominican Friars of the Province of St. Albert the Great in 1951 and has ministered as a preacher and teacher ever since. He was attracted to the Dominicans after attending and graduating from Fenwick High School in Oak Park, Illinois—an institution still run by his community. “I loved the interactions between the priests and the students. I found the Dominicans very friendly and human. I really enjoyed them,” Father George explained.

After ordination, Father George taught high school English for five years. “I just loved interacting with the students,” he said. “They were old enough to ask the right questions but young enough not to be invested in the wrong answers.” After teaching high school, Father George spent some fifty years serving in parishes in numerous states, including Louisiana, Minnesota, and New Mexico. Often, the parish was connected to a college where Father George would also teach English. “I always wanted to teach when I was at a Newman Center,” he noted.

At 84, Father George continues to minister in various ways, including serving as the chaplain for the Dominican Sisters of Springfield, Illinois. He is also an author. “I would write stories, put them in a drawer, and totally forget about them. They all had a human element or actual event behind them,” said Father George. He was urged to publish these writings as a collection of short stories, and The Cobbler and the Cricket was released in 2013. His second book, Forth into the Light: Poems and Pictures of Faith was published in October 2014.