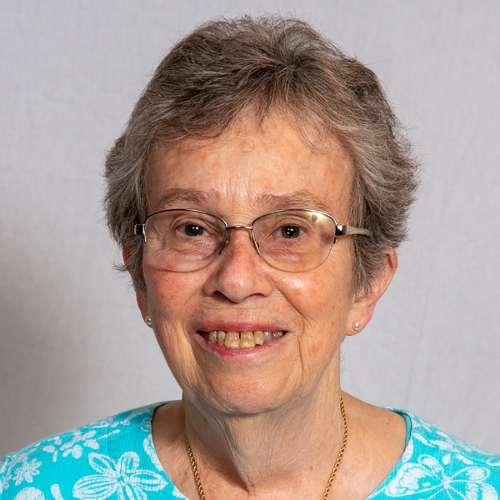 The National Religious Retirement Office (NRRO) sponsors the nationwide Retirement Fund for Religious (RFR) collection. In each participating arch(diocese), the NRRO works with a representative who assists in promoting the collection in local parishes. Diocesan coordinators perform a range of duties, from ensuring parishes receive campaign materials to organizing speakers for Mass.

Sister Marilyn Kerber, a Sister of Notre Dame de Namur of the Ohio Province, served as coordinator for the Archdiocese of Cincinnati from July 2011 to June 2019. As director of the archdiocese’s Office of Consecrated Life, she was keenly aware of the importance of the RFR collection and the support it offered to local religious communities.

In her work as RFR coordinator, Sister Marilyn tried to help parishioners make a connection between the RFR and religious communities serving in the archdiocese. One way she did this was by developing promotional materials that complemented the national campaign. For example, she oversaw production of short videos that featured elder sisters, brothers, and religious order priests from the archdiocese. These aired on local TV stations in the weeks leading up to the collection. Each year, Sister Marilyn also coordinated the placement of 17 billboards, again featuring local senior religious, which were displayed throughout Cincinnati for one month prior to the collection.

“I could not have accomplished these activities without the assistance and support I received from the religious communities of the archdiocese,” says Sister Marilyn. “There really is a feeling of camaraderie and wanting to support one another.”

Sister Marilyn is celebrating her 60th jubilee this year and will soon retire from compensated ministry. Since entering her community in 1959, she has served in a wide range of roles, including director of the archdiocese’s Office for Religious Education from 1977-1996. She has also held various leadership positions within her community and will use these experiences to assist her congregation with special projects in the coming months. In addition, she hopes to continue her ministry as a spiritual director.

While she is looking forward to pursuing new areas of service when she “retires,” leaving the Office of Consecrated Life and her work for the Retirement Fund for Religious is bittersweet. “It has been a joy to do this (RFR) part of the ministry,” she says.