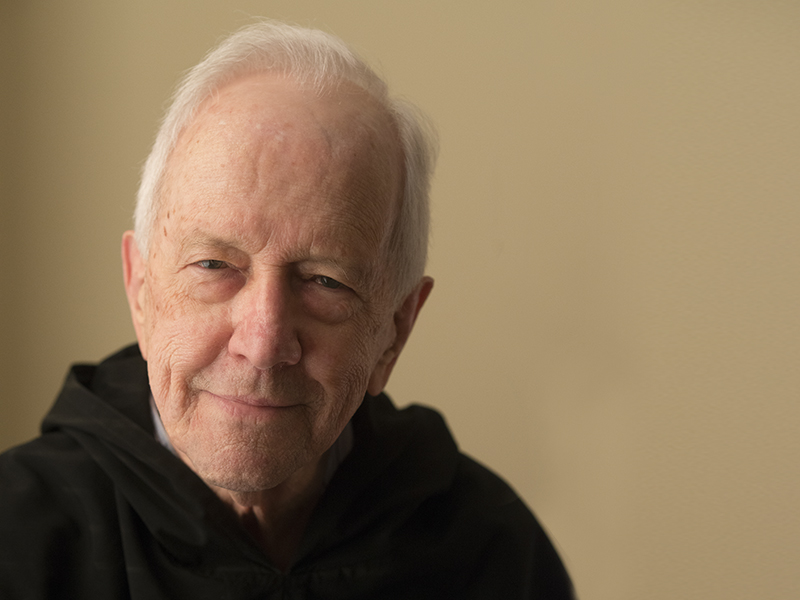 “I entered religious life at 25,” says Father Michael Gantley, a member of the Order of Friar Servants of Mary (Servites) in Chicago, Illinois. “That was considered old at the time,” he recalls, laughing. In fact, Father Michael had a good job and two offers on the table when he made his decision. Yet the pull to religious life had been developing throughout his early adulthood. At 20, he had joined a lay Franciscan group, and he regularly attended the Sorrowful Mother Novena, a novena begun by the Servites in 1937 that continues today. “People went to church all the time then,” he says of the years following World War II. “The novena was very popular, and the line would wrap around the block with people waiting to get into the church.”

His parish priest encouraged him to enter a religious community. “The thing that locked me into the Servites was the sisters and their spirit of service,” explains Father Michael. “I could see that same spirit in the [Servite] priests.”

Father Michael was ordained in 1959. During his years of active ministry, he served in numerous areas, including parish ministry, vocations, and as a case manager for a nonprofit. He has particularly fond memories of his days as a pastor. “I loved what I was doing [as pastor],” says Father Michael. “I got along with the parishioners and the sisters working there. The people were lovely and very active.”

He has had some health challenges, but, as he says, “I bounce back again. The doctor told me, ‘You’re going to be around for many years.’” At age 90, Father Michael can often be found talking and joking with the members of his community who are in formation, sharing with them the Servite spirit that attracted him to religious life nearly 60 years ago.