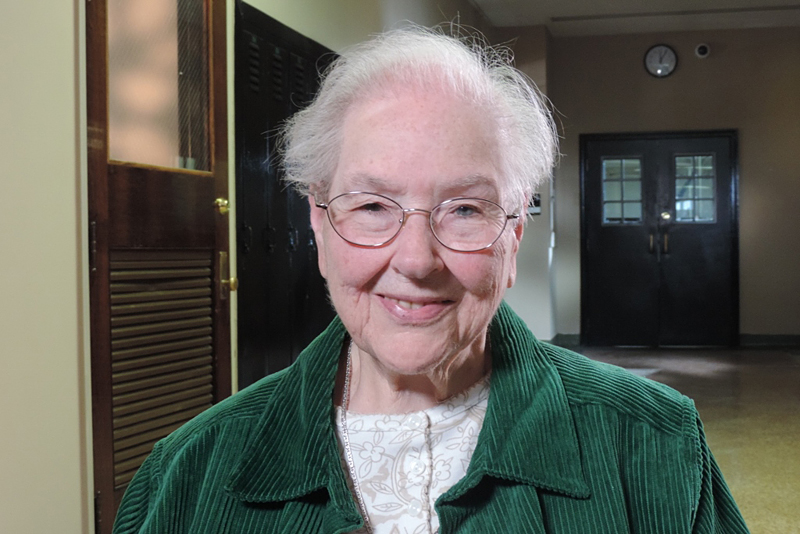 Born September 5, 1934, Sister Barbara Hawken—a member of the Sisters of the Living Word in Arlington Heights, Illinois—vividly remembers her first teaching assignment. The year was 1955, and she was given a class of fifty-six first graders.

In those days, teaching was basically on-the-job training. “In October of that first year, a Mercy sister came to observe me in the classroom. It was only about ten minutes before she took over,” recalled Sister Barbara. “I learned a lot from her, and when she came back the next year, she said that I had improved 200 percent!”

Sister Barbara more than improved, ministering for some fifty years as a teacher and administrator at the elementary, middle, and high school levels. “My favorite subject to teach was math,” said Sister Barbara. “I could empathize with the students who had trouble. But when a student would say, ‘I got it,’ that was a joy!”

When she first became a principal in 1965, she also served as the house superior and taught eighth grade. Over time, religious communities and schools began to differentiate roles, and Sister Barbara no longer had to juggle three jobs at once. Yet, even after the transition to being a full-time principal, Sister Barbara continued to teach in some capacity, whether it was a single math class or a reading group. “I always wanted to keep a hand in the classroom,” she explained, “so I understood what the teachers were going through.”

After leaving full-time teaching in 2005, Sister Barbara took on various new ministries, including vocation work, providing administrative support at her congregation’s headquarters, proofreading, and transcribing the oral histories of many sisters from her community.

In 2010, she moved to Resurrection Life Center (RLC) in Chicago. RLC is a senior living facility that serves religious from several different orders as well as lay residents. There she stays busy with a host of activities and positions, including: Chairperson of the Residents’ Council, lector at Mass, editing and proofreading, and helping to organize events such as evening prayer services and her community’s annual jubilee celebrations.

Looking back on her years of service, she remarked, “I’m so grateful that God called me to religious life and that teaching was my ministry. It was such a gift.”