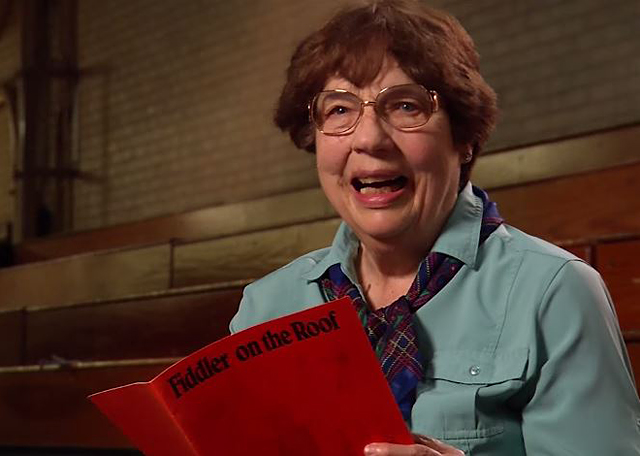 “It was just God,” said Sister Mary Cornille in explaining what drew her to religious life.

“I was taught by a bunch of great teachers, and I wanted to serve the poor, but I didn’t go to the convent because of all that. I went because I couldn’t get God to stop bugging me in prayer. I said ‘yes,’ and I’m glad.”

A member of the Sisters of the Living Word of Arlington Heights, Illinois, Sister Mary has been saying “yes” to God for some sixty years as a religious.

She entered religious life in 1953, after a year at Marquette University, and began teaching in 1956. Following two years teaching at the elementary level, she then ministered for over forty years as a high school educator, serving as both a teacher and a principal. She taught math, chemistry, and sometimes religion, primarily in low-income, inner-city schools.

Sister Mary also shared with her students her love of drama. “I might have been a starving actress if I hadn’t become a nun,” she said, laughing. Even in financially struggling schools, she found ways to help students put on musicals, such as My Fair Lady or Fiddler on the Roof.  She felt it was a wonderful way to connect with them, but she didn’t appreciate the full impact it had on their lives until many years later. At a class reunion, a former student shared that participating in the musicals had helped her avoid drug use. “When we’d sit and pray after (play) rehearsal and then I’d go out with my friends later, I’d be reminded that Sister Mary would not want me doing drugs,” explained the former student.

Following her teaching service, Sister Mary pursued various other forms of ministry. For several years, she continued to work with high school students by ministering at a retreat house. She also served on her community’s leadership team and later began volunteering at Northside Learning Center in Chicago, a school for cognitively impaired students ages 14 to 21. Sister Mary is both passionate about and thankful for her work at the center. “That God would give me this gift at this stage of my life, I don’t know how to be grateful enough,” she said.

At 80, Sister Mary is still saying “yes” to God each day. “What God puts in front of you today, that’s your call,” she concluded. Sister Mary reminisces over a playbill from her teaching days.