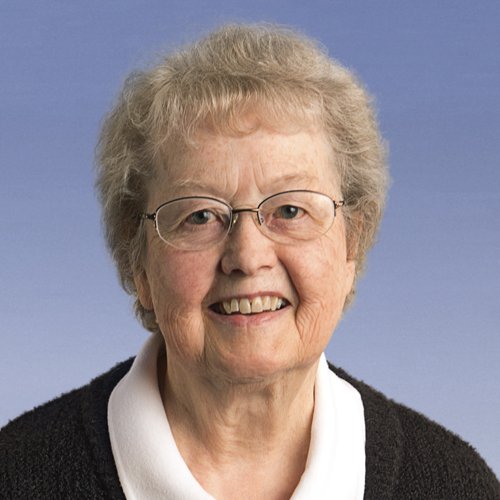 Benedictine charism is in Sister Christine Rausch’s blood. In fact, four of the five children in her family are Benedictines. Her brother was a monk at a monastery in Lacey, Washington—where her cousin was also the abbot. And she and two of her sisters are members of Queen of Angels Monastery in Mt. Angel, Oregon.

The siblings grew up on a farm in Idaho. “Life was quite simple in those days,” says Sister Christine. “We were very close, and our faith took root within our family.” Raised during the Depression, she learned to enjoy life’s little pleasures. “In the summertime, the Holy Cross Sisters would come for religious vacation school,” she remembers. “We loved them. We loved those two weeks. That’s when I started to think about religious life—around 10 years old.”

“When I talked about entering the convent, my sister Dorothy wanted to go too,” Sister Christine explains. “We had aunts and uncles who had gone to school in Mt. Angel, so we wrote to the monastery, and they said, ‘Come!’ We went sight unseen.” She and her sister entered as postulants in 1949. By the time they made their solemn profession in 1955, their younger sister Regina was ready to take her temporary vows. The three sisters also have a cousin who is part of their community.

Sister Christine began teaching in 1952 and spent 18 years at various Catholic schools in the surrounding area, mostly teaching first grade. She obtained a master’s degree in religious education and spent 17 years teaching in and overseeing the Mt. Angel religious education program. “We taught the grade school classes daily in the public school through a released time program,* which is still on the books in Oregon,” she says. “Most of the kids were Catholic, and the state approved as long as no one objected.”

In 1987, Sister Christine went to Stayton, Oregon, where she expanded her ministry of religious education to include the Rite of Christian Initiation for Adults and Children (RCIA/RCIC). “The thing I loved is when they (the catechumens) were all lined up in their white garments at the Easter Vigil,” she recalls. “That was so lovely.”

In “retirement,” Sister Christine took on the task of organizing and maintaining her community’s archives. She continues as the archivist today and also sings and plans music for her community’s liturgies. “Living in community as a Benedictine sister has been very fulfilling,” she says. “I thank God daily for the many gifts he has bestowed on me.” 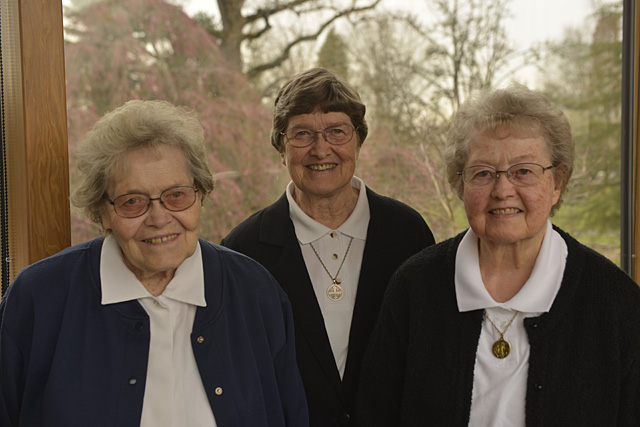 *Released time are programs in public schools that set aside time during school hours for students to receive off-campus religion classes.