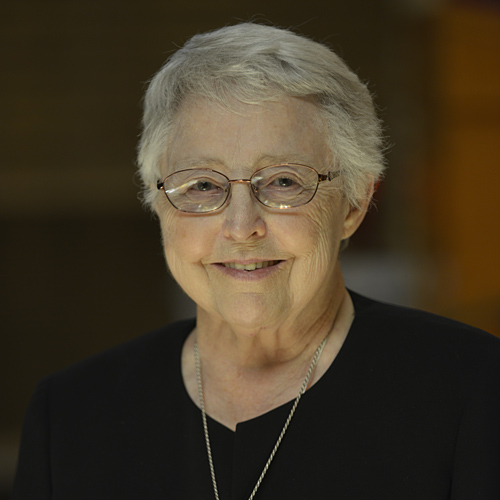 “My sister was to be a nun, and I was to be a mother,” explains Sister Mary Ann Hanson, 79, a member of the Sisters of Notre Dame of Thousand Oaks, California, “but God had other plans.”

Growing up in Watts, California, Sister Mary Ann was educated by the Sisters of Notre Dame from first grade through her high school graduation. As the oldest of 14 children, she often helped her mother with cooking and other tasks. So it was natural that she think of becoming a mother. But when she was 13, one of the Notre Dame sisters asked her to consider religious life. “She caught me after I’d finished playing a baseball game,” remembers Sister Mary Ann. “She gave me things to read; I stuck them in a drawer.”

Nevertheless, the talk had an impact. The next fall, Sister Mary Ann entered the aspirancy at the community’s nearby Notre Dame Academy. (The aspirancy was a special program for high-school girls considering religious life.) On February 2, 1956, during the second semester of her senior year, Sister Mary Ann entered the novitiate. She made her first profession in August 1958.

For 24 years, Sister Mary Ann was the head cook at the community’s provincial house in Thousand Oaks.  In addition to overseeing the meals, she also trained the novices when it was their turn to serve in the kitchen. “Then I became a jack of all trades and a master of none,” laughs Sister Mary Ann. For the next 23 years, she served in various local convents, managing the meals while also ministering as a teacher’s assistant and/or teaching religious education. “My policy has always been that if I can make the other sisters happy then they’ll be better at their work,” she says.

In 2003, Sister Mary Ann returned to the community’s provincial house. In the years since, she has taken on various volunteer ministries, including hospice support and helping adult students to learn sign language. Today, she continues to serve by visiting the sick, doing errands for sisters who can’t, and making blankets for children who have been victims of human trafficking. Sister Mary Ann feels the key to a long, happy life is living in the moment. “Enjoy the little things in life,” she counsels, “because you may not have a lot of big things. I try to be grateful for what I have each day.”