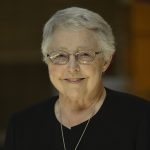 “My sister was to be a nun, and I was to be a mother,” explains Sister Mary Ann Hanson, 79, a member of the Sisters of Notre Dame of Thousand Oaks, California, “but God had other plans.” 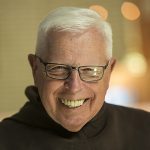 “Have sacraments, will travel,” says Father Albert Bunsic, a member of the Discalced Carmelite Friars of the California-Arizona Province. During 59 years of religious life, he has done just that, serving wherever and however he was needed. 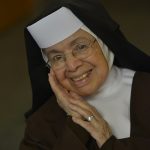 “I was born in a city that has everything from A to Z in the USA,’” says Sister Alfonsina Sanchez, echoing a phrase used to describe her hometown of Azusa, California. A member of the Carmelite Sisters of the Most Sacred Heart of Los Angeles for more than 70 years, she now lives in the… Read More » 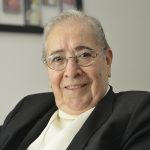 “The people were hungry to hear about God, and that would motivate me for the missionary work,” says Sister Gloria Rodríguez, a member of the Missionaries Guadalupanas of the Holy Spirit in Los Angeles, California. 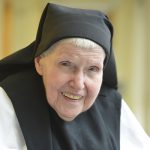 “At 3 a.m., you know that you’re praying for the world,” says Sister Perpetua Wawryk, a member of the Cistercians of the Strict Observance (known as Trappistines) of Mount Saint Mary’s Abbey in Wrentham, Massachusetts. For more than 60 years of religious life, Sister Perpetua has been rising when most Americans are sleeping. 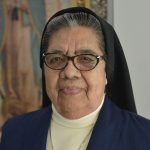 Sister Emilia Irene Lara, 85, a member of the Missionaries Guadalupanas of the Holy Spirit, grew up in the wake of the Mexican Revolution. Although she often witnessed poverty and illness, her early years were happy and filled with faith and love.

“Forget yourself and just give yourself to God,” says Sister Cecile Jubinville, 97. “Whatever is hard won’t last forever.” A member of the Order of Cistercians of the Strict Observance (known as Trappistines) of Mount Saint Mary’s Abbey in Wrentham, Massachusetts, Sister Cecile has been giving herself to God for nearly 70 years of religious… Read More » 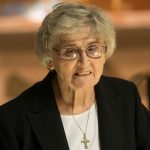 “When I was growing up and on the day of my profession, my aunt—whom I always called Mom—asked me why I wanted to be a sister,” recalls Sister Mary Therese Kirstein, a member of the Sisters of Notre Dame of Thousand Oaks, California. “I said ‘because I love God, and I want to serve him.’” 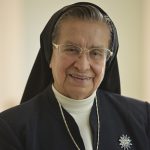 “When I was little, I lived close to a convent,” says Sister Beatriz Cortés, a member of the Missionaries Guadalupanas of the Holy Spirit in Los Angeles, California. “The bells rang, and I could hear the sisters singing. I wanted to be part of that.” 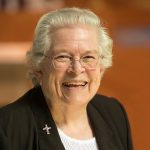 “When I was in first grade, we had a good Irish pastor. He would ask our class who wanted to be a sister, and all the girls would raise their hands,” says Sister Mary Sheila Fay, 84, a member of the Sisters of Notre Dame in Thousand Oaks, California.